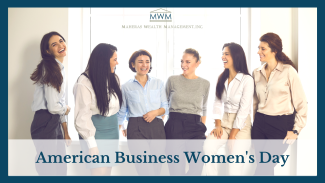 The CEO of General Motors, Mary Barra, was listed as one of the most powerful women by Forbes. She is one of the first female CEOs in the auto industry and could make the company profitable again after it had previously filed for Chapter 11 bankruptcy. She is also spearheading the campaign to push GM towards more electric vehicle production.

Jane Fraser became the first woman to run a major Wall Street Bank when she was named the CEO of Citigroup. Starting with the company in 2004, she worked her way through the senior level ranks of CitiMortgage and Citi's Global Private bank before making her way to the top rank.

UPS CEO Carol Tome also made Fortune's 2020 list of most powerful women. She retired as the CFO of Home Depot and came out of retirement to assume the Chief Executive position of the popular shipping carrier. She prioritized the busy 2020 holiday delivery system and the complicated transportation of the COVID-19 vaccine within the first 100 days of her leadership.

Safra Catz was co-CEO of Oracle before becoming the sole CEO in 2019. Under her guidance, the company spearheaded more than 130 acquisitions, providing that her aggressive acquisition strategy was an effective tool in helping the company grow. She is recognized on both Fortunes 100 Most Powerful Women of 2020 and America's Self Made Women list.

After serving as an intelligence officer, Phebe Novakovic rose through the business ranks to become the CEO of General Dynamics. Forbes listed her as the 25th most powerful woman in business. She had previously sat on the board of Abbott Laboratories before transitioning to a senior-level position at General Dynamics.

The first female CEO of Progressive was with the company through most of her business life. She started as a claims representative in the late eighties and moved to Chief Human Resources Officer, where she launched the company's first inclusion and diversity program. She moved to President of Customer Operations and then COO of the personal lines branch before becoming CEO in 2016.

The CEO of Gap, Sonya Syngal, took over her position in the midst of lockdowns due to the COVID-19 pandemic. She had previously been the CEP of Old Navy. When the pandemic hit, she led a program to repurpose the company's fabric to create face masks that generated more than $130 million, which helped the company weather the storm.

Lisa Su is the current CEO of Advanced Micro Devices and has been since 2014. She led the company away from bankruptcy and turned the company around until it capitalized $100 billion at the beginning of 2021. She was ranked second in 2020 on Fortune's Businessperson of the Year.

CVS's CEO is Karen Lynch, who recently assumed the position in early 2021. She previously served as the vice president of CVS Health and the president of Aetna in the corporation's insurance division. She is the highest-ranked CEO on the Fortune 500 list and holds a spot on Forbes' Most Powerful Women in the World for 2020.

Rosalind Brewer was named CEO of Walgreens in 2021 after serving as COO of Starbucks. She is the third African American woman to run a Fortune 500 company and has been productive in corporate America throughout her entire business career. She is known for her company spearheading diversity initiatives, such as racial bias training.